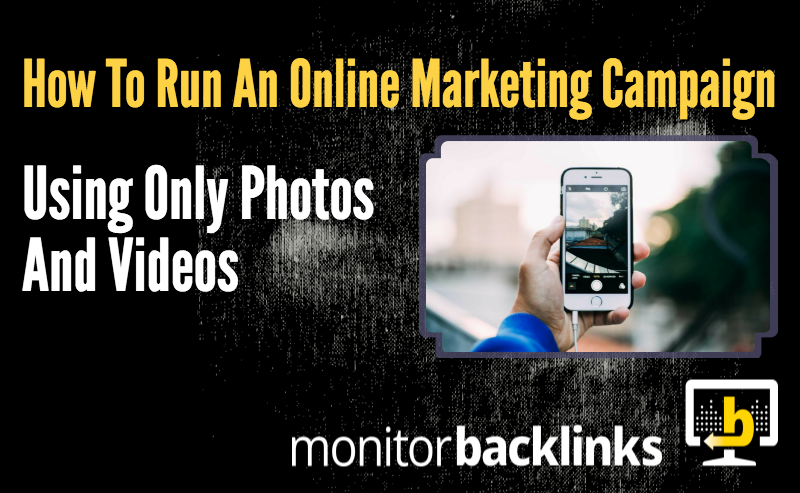 Today we’re going to talk to you about the power of visuals. The power to convey messages and thoughts where simple words can’t.

We’d like to show you how you would construct a marketing campaign with video and photos as the key driver of your strategy.

Today, the culture of image and visuals has taken over our generation. Not only are people creating more and more photos themselves, platforms such as Instagram and Pinterest are built with visual content and the centers of their function.

Engagement with Facebook posts that contain a photo or video are much higher than text posts. Not to mention, users are more compelled to share visual content due to their detail, humor, disruption of the norms, or other strategy.

The shareability and virality of your content is crucial to increasing brand awareness and even building your fans and follower base. 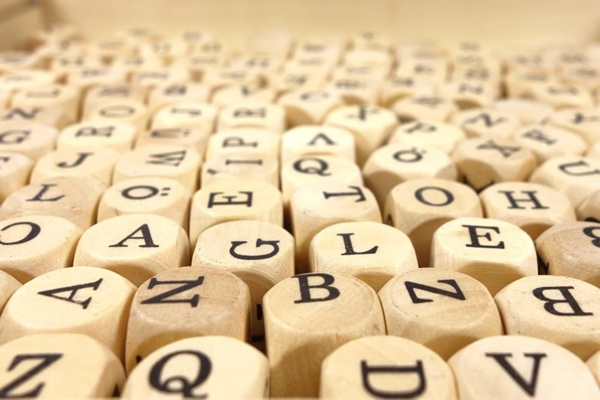 The first thing you need to do is figure out what you are actually trying to say. Don’t run a marketing campaign just for the sake of it.

Make sure your campaign has a purpose; otherwise, you will be throwing money and time down the drain.

So, decide your communication objective or the message you want to send. Define this as a concrete goal.

This is a good start, but try to flush this out so it’s more specific and sounds a bit more like a SMART goal. For example:

“To have 300 leads sign up on our website by the end of the month, and have at least 30% of those leads convert to customers by the end of a 4 month period.”

This goal will vary depend on your business, industry, and well—what you’re trying to achieve. It doesn’t necessarily need to be numbers oriented, but it should be measurable and defined by time.

Also note that this communication objective is for you and your company alone—it is not to share with your client base. The objective is meant to set you on a clear path so you don’t find yourself making random, meaningless posts with no direction. 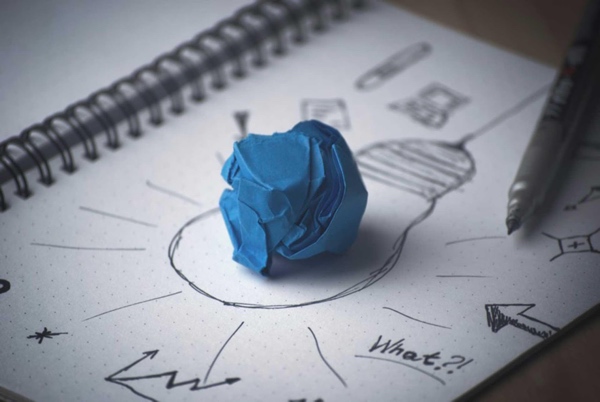 When you’ve decided what you’re trying to achieve, the next step is to decide how you actually hope to do this.

We’ve already established that this campaign will be fueled by the power of visual content.

A visually driven campaign can be beneficial to anyone and any type of strategy. However, it can particularly benefit you if you are trying to make a bold statement or you are advertising a product that is unusual, quirky, and well—just hard to advertise in general.

What do we mean by this? Virtually any product that revolves around the “taboo” or uncomfortable topics we don’t like to talk about: poop, urine, genital hair, crusty feet—that kind of stuff. Your advertisements need to be just as wonderfully weird or unusual.

And so, for the purpose of this example, we’re going to use the Potty Squatty marketing campaign.

Potty Squatty is a device that was built to help people poop better. You can imagine how hard this product would be to sell given its subject matter. So how did they do it?

From this, we can see a couple of key decisions: 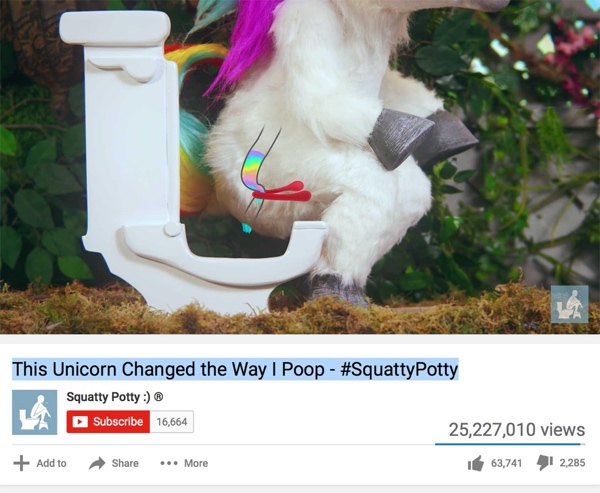 It would be a good idea to have some sort of slogan or catchphrase to define your campaign.

Squatty Potty used “This unicorn changed the way I poop.”

This works because it captures the audience immediately. Any sentence that includes the word unicorn and poop in the same sentence is pretty much guaranteed to halt people in their tracks.

More Importantly, it captures the atmosphere and humor in the ad, while still conveying the function of the product.

Some of the things you need to think about when designing how you will convey your communication objective through visuals:

The advertisers behind Potty Squatty decided that the subject matter was already a little bit awkward; so why not capitalize on that aspect for a humorous effect? 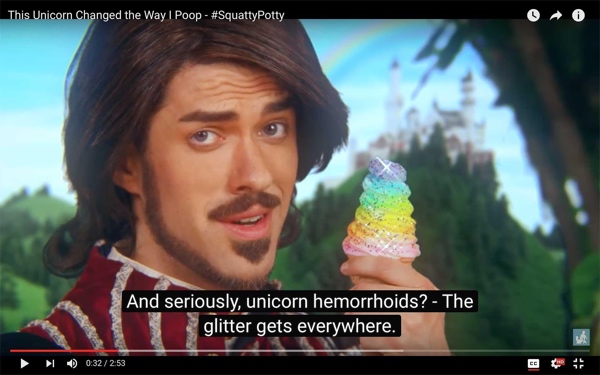 A comical tone was ideal as they were able to produce a campaign that entertained people instead of making them feel uncomfortable.

More importantly, they needed to design an advertisement that would educate consumers on how to use their product without displaying real live demonstrations of it—because that would be just gross.

In the end, the advertisement ended up going viral and launched to the top of Amazon’s Toilet Training Potties and Seats section (http://www.elleandcompanydesign.com/blog/genius-campaigns). 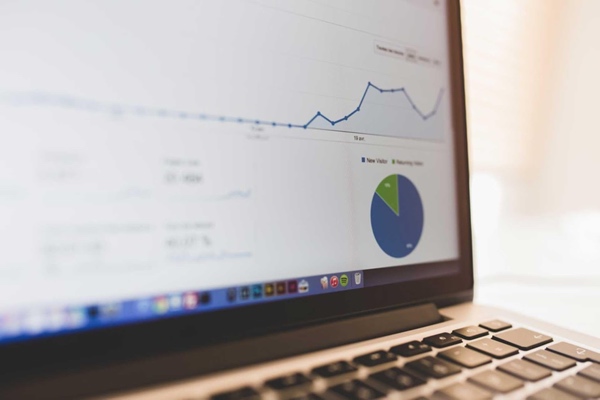 A marketing campaign would be useless if you don’t measure how effective it’s been.

To start, you will need to establish your key performance indicators (KPI’s). Depending on your communication objective, some examples of these could be:

Google Analytics is a free tool that will let you analyze simple goals. However, it can pose some limitations for campaigns that are less straightforward and tend to be a bit more layered.

Another tool such as KISSmetrics lets you do a bit more, such as setting up a customer funnel to see where your leads are coming in, and at what touch points you are losing them.

It might also be helpful to measure the sentiment around your brand, which would likely be impacted depending on the strength of your campaign. Sentiment gives an indication as to how people and your potential client base feels towards your product or brand through social conversations.

There are a number of sentiment analysis tools such as Meltwater, which will help you determine what the underlying sentiment towards your brand on a social level. While some companies might choose to evaluate this through likes, retweets, and other similar metrics, this doesn’t offer as comprehensive an insight as other tools might.
These are the three major steps in order to run a visual content marketing campaign. While there are smaller logistical needs such as your distribution or execution plan, today we wanted to outline the major decisions you would need to make to shape your campaign.

The next time you are planning an advertising strategy, think about the power of visuals. If Potty Squatty can sell their product, well—anyone can, really!

Maher Abiad has been in digital media and marketing since 2000. He runs his own online marketing agency named 3Seven7 Studios which helps businesses tells their stories and grow their audience through digital media marketing. You can connect with Maher on LinkedIn.