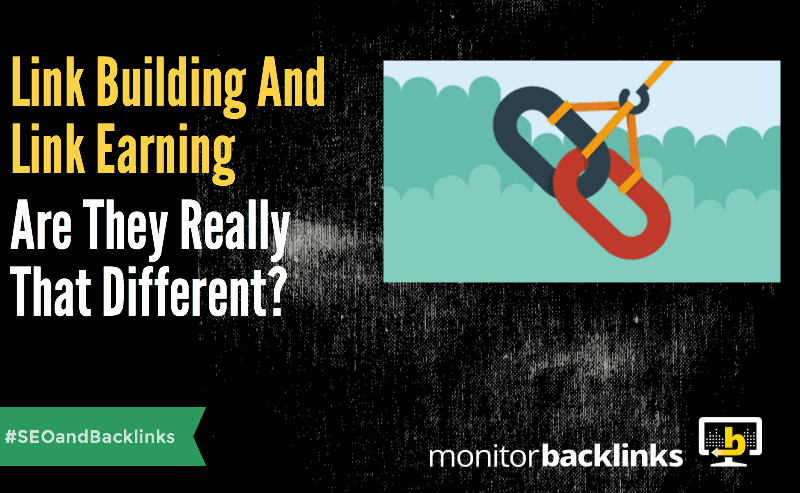 Link Building And Link Earning: Are They Really That Different?

If there is any one controversial tactic in the field of search engine optimization, it’s link building.

There are a few reasons why.

For one thing, Google has done an exceptional job spreading around a lot of fear. Sometimes inadvertently, sometimes intentionally.

The Penguin algorithm, which was launched in April 2012, is an example of the latter. When it was introduced, it was one of the biggest shakeups to Google’s search results in the company’s history. The Wall Street Journal highlighted one particular pet store site that saw a 96% dip in traffic. 96%. I thought you had to be Jeb Bush in order to experience such a calamitous decline.

Of course, Google hasn’t changed the value of links. They’ve tried, but even former chief of the Google’s webspam team Matt Cutts had to admit that the search results were weaker when they removed links as a ranking signal.

And here’s our dilemma. After Penguin, a mindset took over the SEO sphere dictating that ALL link building was unnatural.

Of course, this is only somewhat true. Sure, links with anchor text like “cheap handbags” in a comment section for an article about the Israeli-Palestinian conflict are unnatural.

Yet when some people hear link building, their heads jump straight to THIS kind of link building, where the resulting links are almost always spammy.

It’s an unfortunate conflation, one that has led many to evangelize one of the newest buzzwords in SEO, “link earning.”

What is Link Earning?

The concept behind link earning is simple. You build a site, you fill it with awesome content, and people find your website and link to it, all because:

And hey, who am I to question the wisdom of Bill Murray? But much like his (best) movie, the difference between link building and link earning gets lost in translation.

Link earning isn’t a one-size-fits-all strategy, not even close. Link earning CAN work, but you have to have some established authority to begin with. If you don’t have this kind of authority, best of luck waiting for anybody to find you.

Here’s the thing about the world wide web: it’s not joking around when it says wide.

When I think of all of the content that occupies space on the web, my head starts to hurt. Twenty years ago, there were 130 websites. Now, if you will allow me to pick an absurd search query:

It was the name of a sketch on Conan back in the 90s. I can remember that, but I can’t remember the capital of Missouri.

Seems like an oddball query, right? Certainly there can’t be TOO much about these militant embryos on the internet. 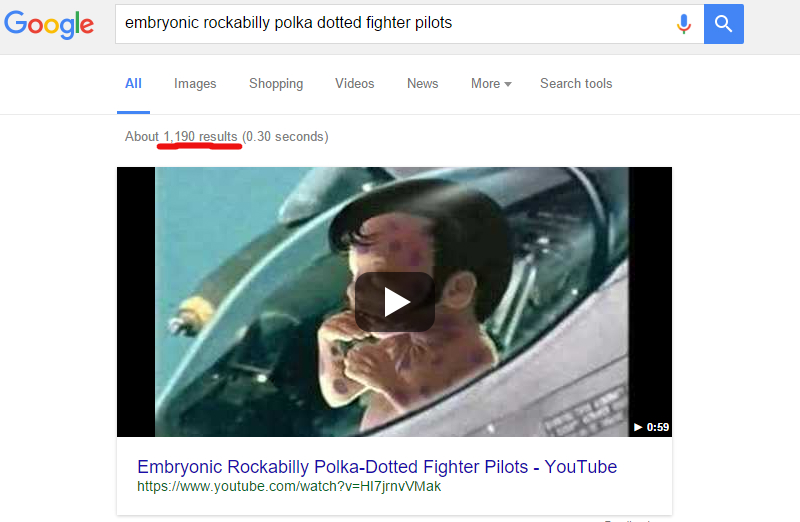 More than 1,100 results. For embryonic rockabilly polka dotted fighter pilots. Let that sink in for a moment.

Suffice to say, the internet is big and it just keeps getting bigger. It’s nearly impossible to break through all of the noise, especially when you aren’t allowed to promote yourself.

And that’s all that link building essentially is: promotion.

What is Link Building?

Okay, let me a bit more specific. Link building is the manual promotion of your website, via any number of methods of online communication, in an attempt to acquire more natural, relevant backlinks in your link profile.

So let’s say you have a site that sells dolls. Your site sells dolls, and you don’t have a particularly robust backlink profile. You rank no higher than page 13 for any of your keywords. What do you do?

What you DO is you compile a list of sites that live within the same niche that you do. You know a great place to start? The 12 pages of results that come before you rank.

When you make that list, you find the contact information for the webmaster for each one. Why do that? Because you and your email are about to get well-acquainted.

Of course, you don’t have to be THIS manic in your approach. Jim Carrey’s unparalleled buoyancy is well-documented, and according to the label, you really should only drink one 5 Hour Energy at a time.

But you are going to be emailing. A lot. When you send this flurry of emails, you need to create a personalized, respectful pitch that clearly explains why that site should link to yours.

There are a multitude of reasons you can use:

For the love of Google, don’t use that last one.

There are a bevy of link building tactics that will help you to acquire the links you need.

None of this should be controversial. But hey, neither should the idea that the world is round.

Thanks to the aforementioned Penguin algorithm, many SEOs jumped onto the link earning train. Link earning wasn’t even really a term until the aftermath of the famed algorithm. Check out this graph from Google Trends: 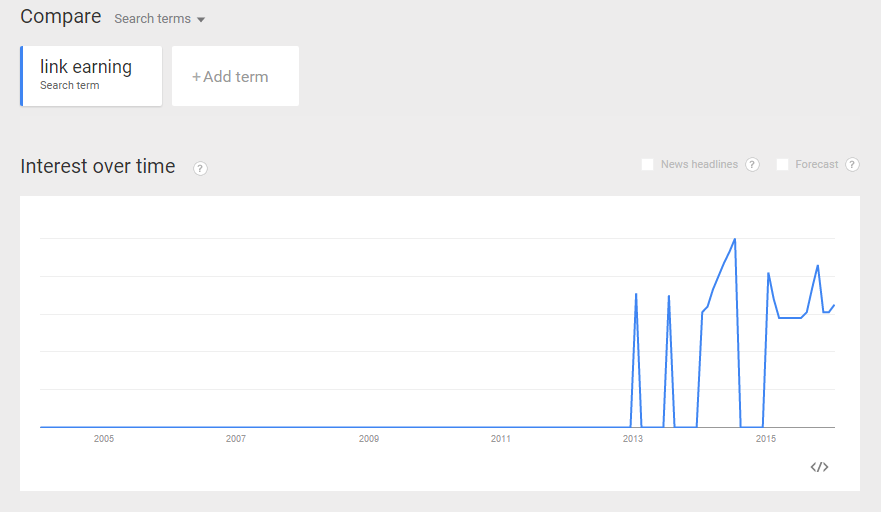 Much like parents trying to say, “On fleek” with a straight face, link earning wasn’t a thing until 2013.

So that’s why you see so many SEOs attempt to insinuate that link earning is the new link building. In fact, this really should be reversed. Link building is really link earning.

As anyone who has been a link builder in the post-Penguin years can attest:

To the previous generation of link builders, link building COULD be relatively easy. Really link building could STILL be really easy, that is if you were dismissive of quality and eager to be penalized.

But in the post-Penguin era, link building is much, much harder. And this is because no one really wants to link to you.

Why is that? Because webmasters understand the value of a link just as much as Google does.

(Respectable) webmasters don’t link out indiscriminately. Why would they? Their audience would ditch faster than Usain Bolt in a house fire.

Think of two sites. Both feature content of relatively equal quality. The same can be said for the layout and the speed for both sites. However, site A ONLY links to sites that provide additional value/information for the user. Site B links to anything under the sun. “Why is there a link to a credit report site here? I want to know who wore Valentino at the Golden Globes!”

Which site do you think users are going to trust more?

Webmasters only want to link to the sites that are going to be beneficial to their particular audience. If that audience starts to sense that you’re linking to sites simply to help partner sites manipulate search engines, that audience is going to flee. Or at the very least, become much more cynical about your brand.

So when you can convince a webmaster to link to your site, it’s because:

When a sitemaster links to you after you’ve gone through the process of asking for it, congratulations! It’s because your site is valuable.

Or maybe it’s because you have leaked photos of a shirtless Chris Hemsworth.

For any of the reasons above, even if you had to promote yourself to attain it, there’s no doubt in my mind that you earned that link.

So let me be clear: among the rest of the industry, you will find that many if not most give separate definitions to link building and link earning. Far be it for me to completely disregard the norms in industry jargon.

The two may be different processes, but the end result is the same. When you acquire a link, whether or not you had to promote for it is irrelevant.

Either way, you earned that link.

Jesse Stoler is a content specialist at Upspring, a full-service SEO company in Colorado Springs. His hobbies include stand-up comedy and pretending he has fans.