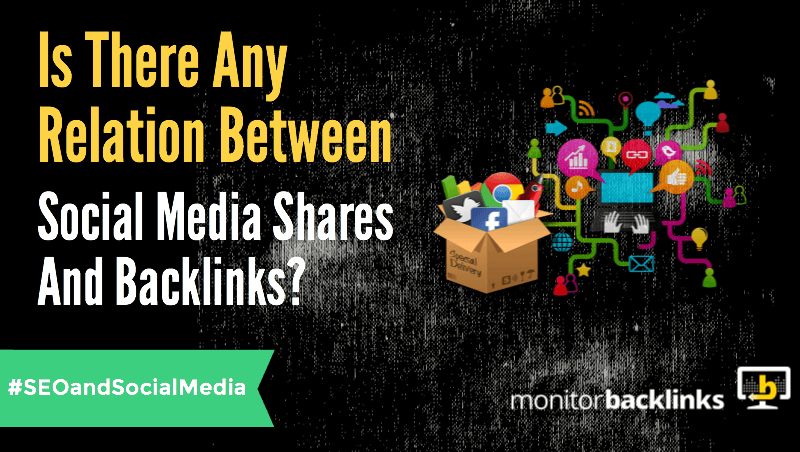 Social Media Shares and Backlinks: Is There Any Relation Between Them?

Many website owners wonder whether social media shares correlate with backlinks. The answer is a definite “NO.”

Social Media Shares and Backlinks: Is There Any Relation Between Them?

What the Research Says About Social Media Backlinks

Way back in 2012, Dan Zarrella of HubSpot conducted a study where he compiled over 25,000 URLs.

Only URLs that were shared at least once on social media were considered. He also ensured that the URLs were at least one month old and had one or more incoming links.

Zarrella looked at only three social media websites due to their popularity at the time. These were Facebook, LinkedIn and Twitter, naturally.

He then tracked the number of incoming links and the total tweets that each of the URLs enjoyed. He discovered a positive correlation between the two. The URLs that had seen a lot of Twitter activity also been linked to often. 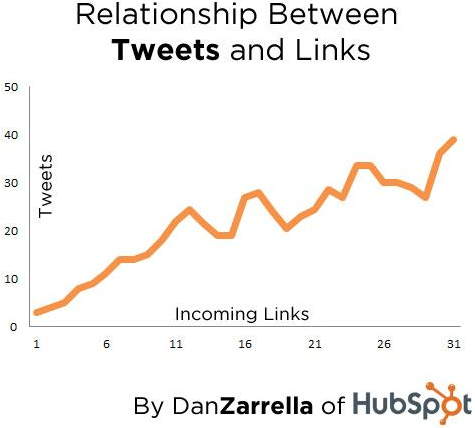 A similar exercise was conducted on Facebook activity and nearly identical results were found. 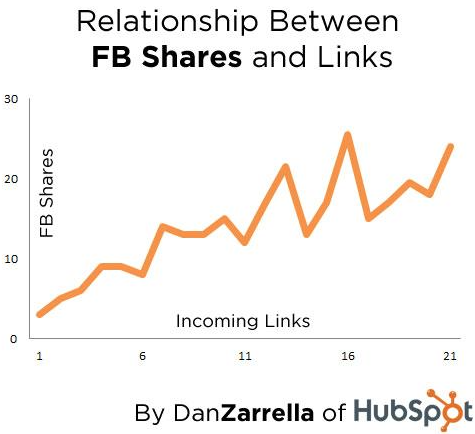 When Pearson’s Correlation was run on all three social media networks, all had positive results, but LinkedIn displayed the strongest relation.

The above study showed that there’s a positive correlation between social media shares and backlinks, but didn’t go far enough to tell us what gets you the best of both worlds.

Our next study goes a step further for better insight.

The 2015 Study by BuzzSumo and Moz

A recent September 2015 study was conducted jointly by BuzzSumo and Moz. The legwork was carried out by Steve Rayson. The study aimed to look at the correlation between links and social media shares.

To conduct the analysis, BuzzSumo and Moz provided over one million articles from their databases. The relationship between links and shares was then examined. Let’s first begin with the study’s sampling process.

Then, the sample was analyzed thoroughly. BuzzSumo API was utilized to recognize the content types, share data and word length. Moz API was used to measure the page and domain authority of articles as well as the number of links they enjoyed.

Since BuzzSumo records content that’s widely shared, the study was slightly biased towards shared posts. Even then, the first sample of random posts saw only a few shares and links. To put this in numbers:

Links: In the random sample, 75 percent had no external links at all and had one or less links to referring domains.

All in all, the degree of overlap between shares and backlinks looks like this when visualized: 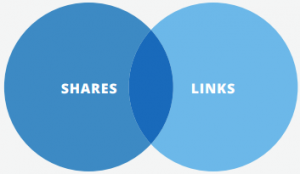 Although the research began with the expectation that there would be a strong correlation between links and social media shares, the results revealed otherwise.

Researchers further checked whether there was a positive correlation in specific networks. Yet, nothing of the sort was found in social media shares pertaining to domain links across various networks. To eliminate bias towards shared posts, the sample content of 99,941 random posts was considered again. It was concluded that there wasn’t a statistically significant difference, although the group had relatively fewer shares and links.

Another subset of 69,114 highly shared articles was analyzed. This subset showed a higher correlation between referring link domains and social media shares. The reverse was also examined.

In other words, it was seen whether highly linked content also enjoys a huge number of shares. The results didn’t show any relationship between the two.

Why Isn’t There a Correlation Between Links and Social Media Shares?

You’re probably wondering why the results varied from previous studies. There could be numerous reasons for this. I’d hypothesize that the 2015 study varied widely from past ones because those studies used much smaller and less varied samples.

It’s wrong to expect a correlation between social media shares and links in the first place.

There’s always going to be that content which enjoys shares and links in huge numbers. The study showed that this phenomenon is usually limited to certain popular websites, such as the New York Times, BuzzFeed and HubSpot. It’s assumed that such websites are outliers.

The same correlation phenomenon didn’t hold true for a larger sample of less popular websites. Even with these websites, there’s no clear correlation between links and social media shares.

The ideal content length for ranking in SERP results is determined by two factors:

Older websites that have adhered well to changing Google algorithms usually do well when it comes to SERP ranking. Therefore, they can get by with relatively less content, especially in comparison to newer websites that haven’t established themselves in Google’s eyes.

Another deciding factor is niche competition. If there aren’t that many websites in your industry, then you might perform okay with relatively lesser content. However, you’d still need to have more content than older websites in your same niche to rank well.

What’s the ideal content length for social media and backlinks?

All in all, it looks like 1500 words is a good target to rank well on SERP if you’re in the industry for a long time, but content greater than 2000 words in length works great. 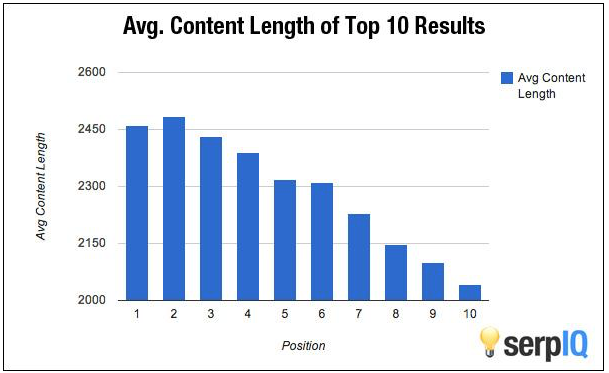 The relationship between social media, backlinks and rankings

There’s no direct relationship between social media shares and ranking.

To this date, Google says it doesn’t consider social signals.

However, the fact remains that social media sharing helps in driving organic online traffic to your website.

Hence, social media shares indirectly affect the ranking of your site. Search Metrics brings you rank correlation in this regard.

Backlinks do have a strong positive impact on your SEO and rankings. If you’re going to focus on one thing, focus on backlinks over shares.

So, What’s the Sweet Spot for Social Media and Backlinks?

In the studies, we saw that there are some outliers that enjoy a positive correlation between social media and backlinks.

Quizzes and entertainment videos are far more likely to be shared than linked to. Getting shares is easy. It only takes a click of the mouse on highly used social media websites.

On the other hand, getting quality backlinks is tough. Only a few people venture into actually doing this. Researchers have revealed that content which is authoritative, research-backed, journalistic and opinion-forming enjoys higher domain links. Giving an insightful position on a hot topic is the key.

It’s vital that your website consistently produces evergreen, original and fact-checked content for this reason. Doing so could land you in the sweet spot where shares and links positively correlate.

What’s the best way to get maximum shares and links?

Getting shares is relatively easy, as mentioned earlier.

Your marketing endeavors must mainly be focused towards getting backlinks through fresh content. When you manage to achieve that, shares will naturally follow. Keep content length and quality in mind.

Remember that you’ll only get a positive correlation between shares and links when you generate reliable and authoritative content. That’s, of course, unless you’ve managed to create an outlier website.

Shane Barker is a digital marketing consultant, named the #1 social media consultant in the nation by PROskore Power Rankings. He has expertise in business development, online marketing and is an SEO specialist who has consulted with Fortune 500 companies, government agencies, and a number of A-list celebrities.